Dr Charlie McMonagle completed his PhD in Chemistry between University of Edinburgh and Diamond Light Source synchrotron with Dr Stephen Moggach (UWA, Aus). During this time Charlie designed and developed new methods for single-crystal X-ray diffraction (scXRD) to investigate molecular and functional materials at high-pressure. Charlie moved to Newcastle University to work in the Laboratory of Dr Mike Probert to design and develop new high-pressure and ultra-low temperature methods for scXRD. Charlie is now working with Dr Michael Hall and Dr Mike Probert to develop hardware and software to facilitate robot assisted micro-crystallisation platform for polymorph screening and structural solution. 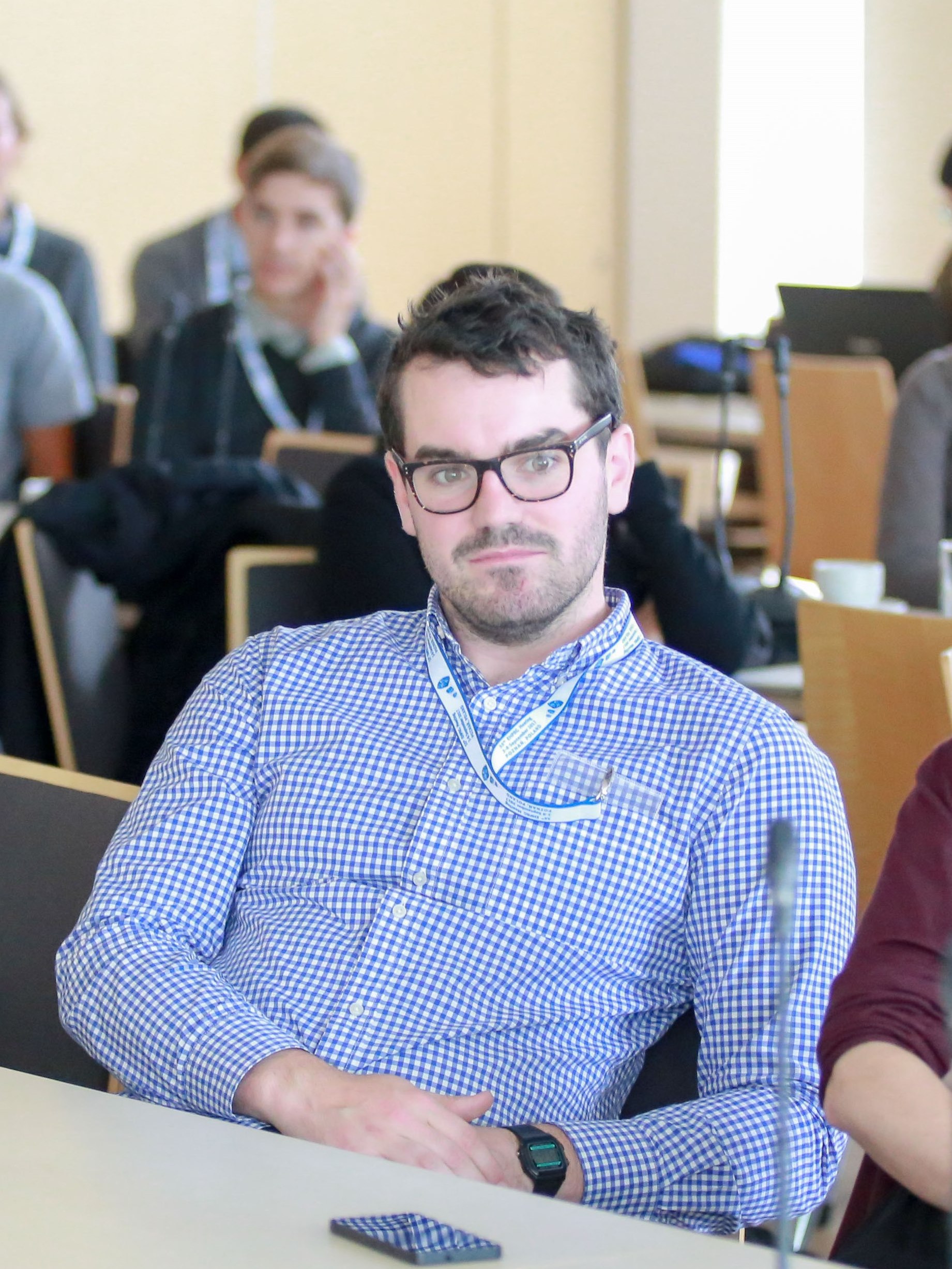 Ronnie was born and raised in Trinidad where he acquired his BSc degree in Chemistry from the University of the West Indies. After working for several years as a high school chemistry teacher in Trinidad, Ronnie moved to the UK and completed his MSc degree in Drug Chemistry at Newcastle University in 2015. His MSc project was an exploration of new routes to the carbon scaffold of the pyrrolomycins under the supervision of Dr Michael Hall. He subsequently began his PhD working as part of the MJH group. His work is focused on the synthesis of novel bioactive natural products. Ronnie is an avid cook, reader and sports enthusiast. 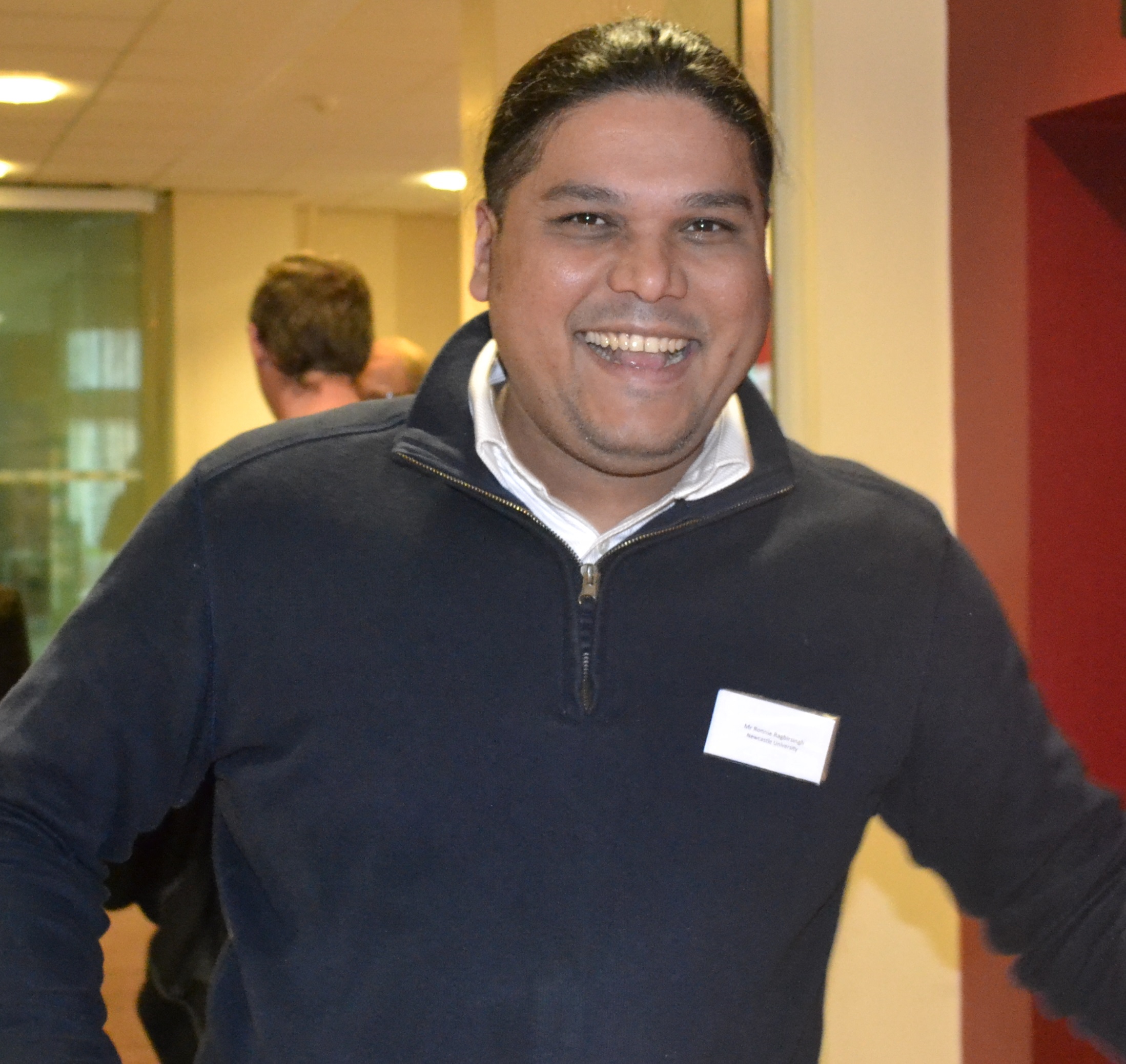 Ms. Jamila Akosua Oppong received her B.Sc. Biochemistry in 2008 from the Kwame Nkrumah University of Science and Technology (KNUST), Ghana,and M.Sc. Biological Science in 2014 from Nanyang Technological University (NTU), Singapore. She had previously worked on the development of a genetically encoded FRET-based Biosensor for the detection of the bacterial second messenger, Cyclic di-GMP, in addition to probing the functions of the Pseudomonas Aeruginosa pilZ Protein. She is currently a PhD candidate in the lab of Michael J. Hall at the School of Chemistry, in collaboration with Prof Waldemar Vollmer and Dr Joe Gray. Her current project focuses on Novel Synthetic Probes to Analyse and Functionalize the Bacterial Cell Wall using D-amino acid molecules via an integrated chemistry/biology approach. 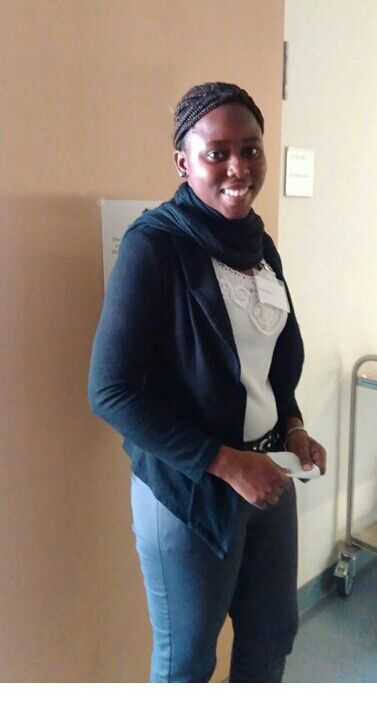 Lok was born in Hong Kong and grew up in Newcastle. He completed his Bsc degree in chemistry from Newcastle University in 2016. In the same year he began his PhD working on the total synthesis of antibiotic natural products. In his spare time Lok enjoys badminton and drawing. 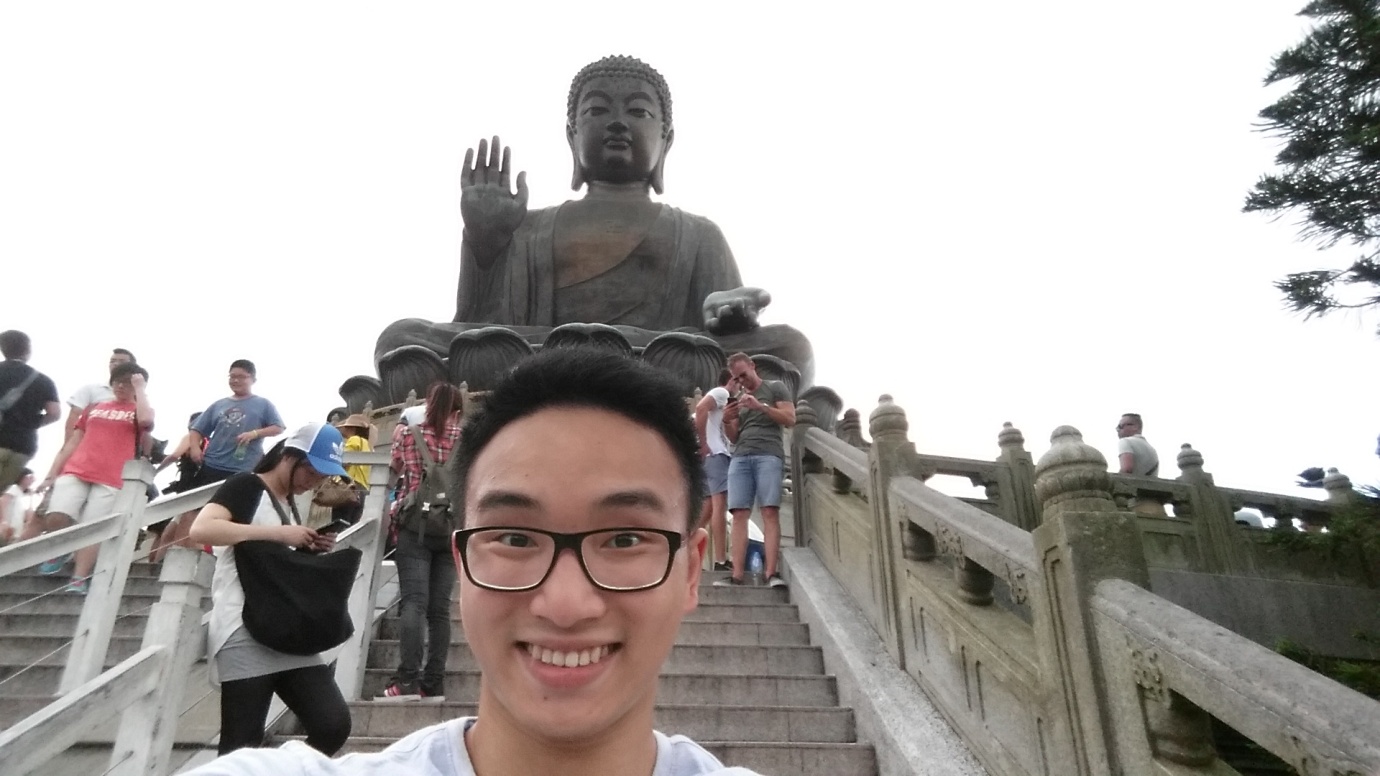 I was born in Indonesia and graduated my Bsc and Master degree in chemistry from Universitas Indonesia. I started my career as a chemistry teacher in Indonesia and now I join MJH group to pursue my PhD degree. In my spare time, I love cooking and spending time with my family. 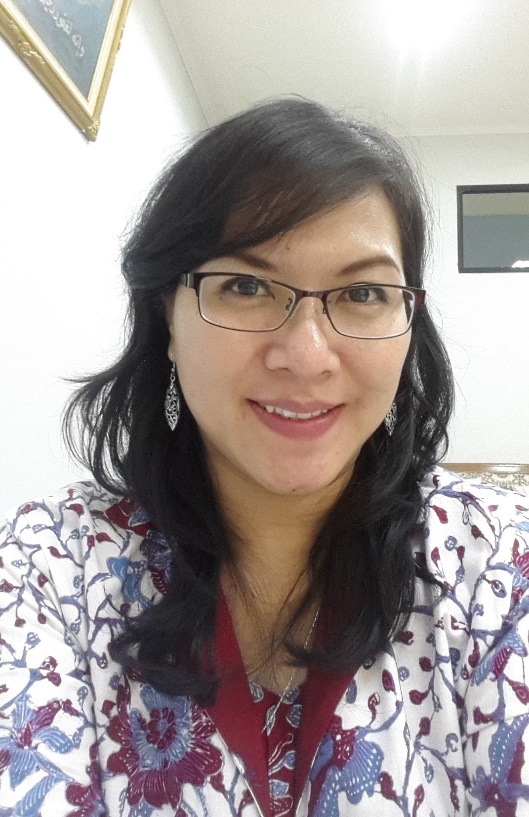 Rafid was born in Iraq and obtained his B.Sc. degree in Chemistry from Babylon University in 2002. After working as pharmaceutical chemistry lecturer for few years, Rafid received UK Chevening award to study M.Sc. Drug Chemistry at Newcastle University in 2014. His MSc project was exploring new synthesis route to the natural antibacterial pyrrolomycin under the supervision of Dr. Michael Hall. In 2017 he started his PhD with the MJH research group focussed on the synthesis of small molecule antibiotics. Out the lab Rafid like hiking and reading. 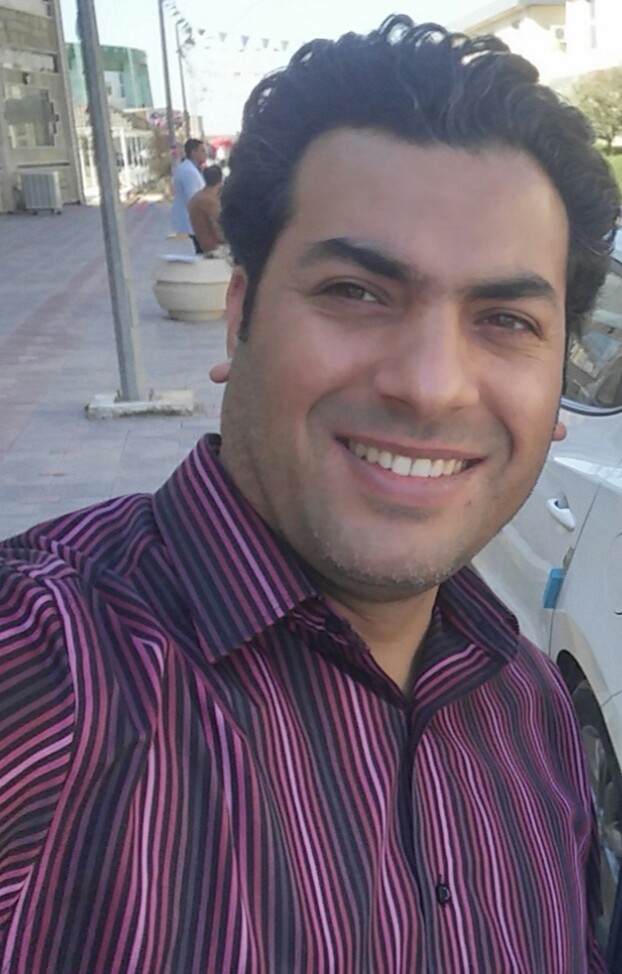 Yanhua was born in China and graduated her BSc in Guangdong Pharmaceutical University. After working one year as in quality control, she chose to continue her further education. She completed her MSc degree in Drug Chemistry in Newcastle University in 2017 and joined MJH research group to start her PhD (in collaboration with Dr Jem Stach) in the same year. Her project focuses on examination of the biosynthesis of antibiotic natural products from actinobacteria. Yanhua enjoys drawing and reading in her spare time. 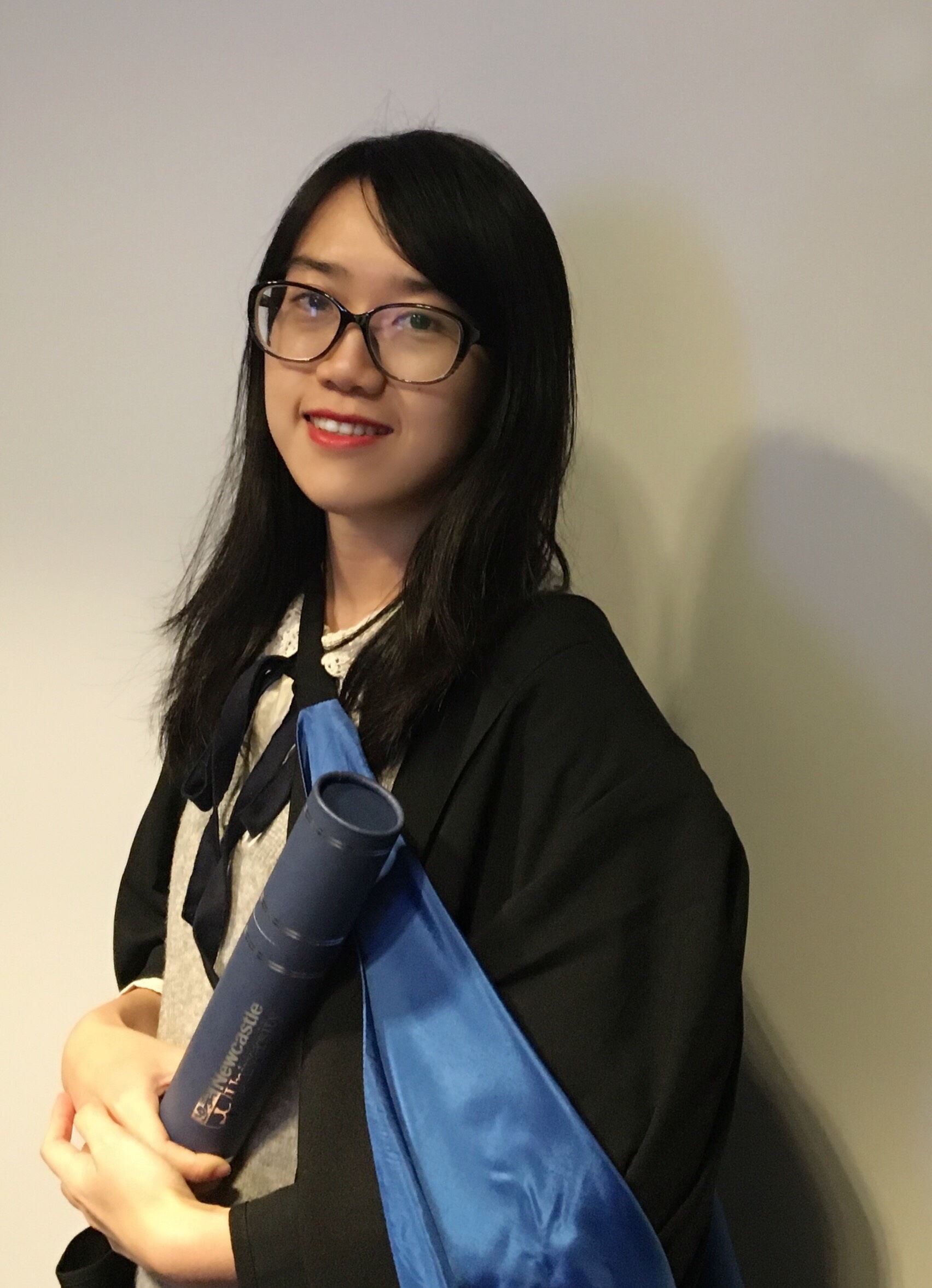 Xin was born in Chongqing China and obtained his B.Sc. degree in Pharmaceutical Engineering from Shanghai Institute of Technology in 2016. After a few months of internship at the Chongqing Institute for Food and Drug Control Centre, he completed his M.Sc. degree in Drug Chemistry at Newcastle University in 2018. In the same year, he began his Ph.D. working with the MJH research group focusing on siderophores and developing new reactions for the synthesis of small organic molecules. Out of the lab, Xin likes playing Go, basketball and listening rap music. 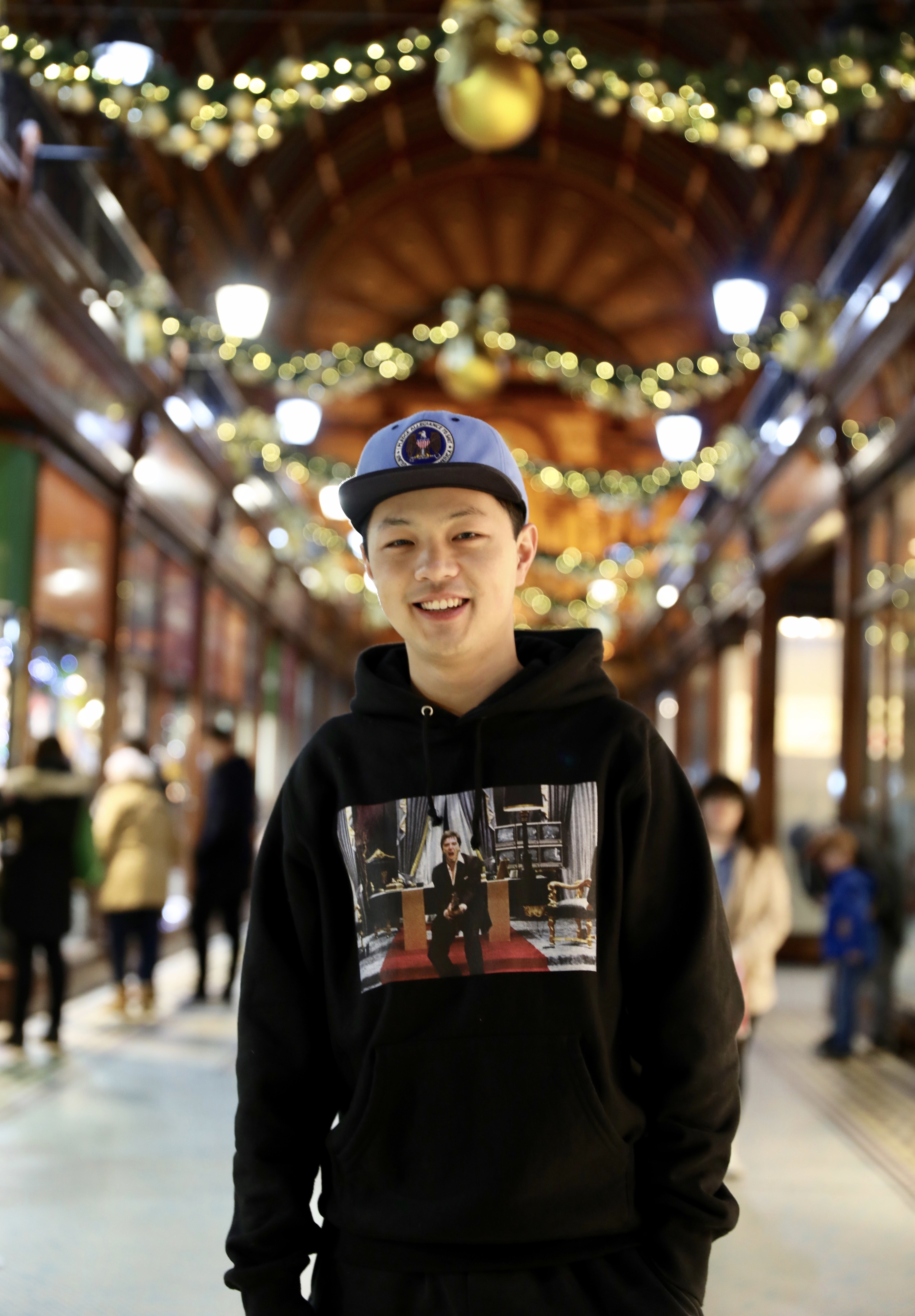 Felicity grew up in Berwick-upon-Tweed and completed her MChem degree in Chemistry from Newcastle University in 2018. She initially joined the MJH group in the summer of 2017 in an undergraduate research position and then re-joined the group in 2018 to begin her PhD (as a joint student with Dr Julian Knight) continuing her work on the synthesis of BODIPY dyes. In her spare time Felicity enjoys cooking, playing the piano and playing badminton. 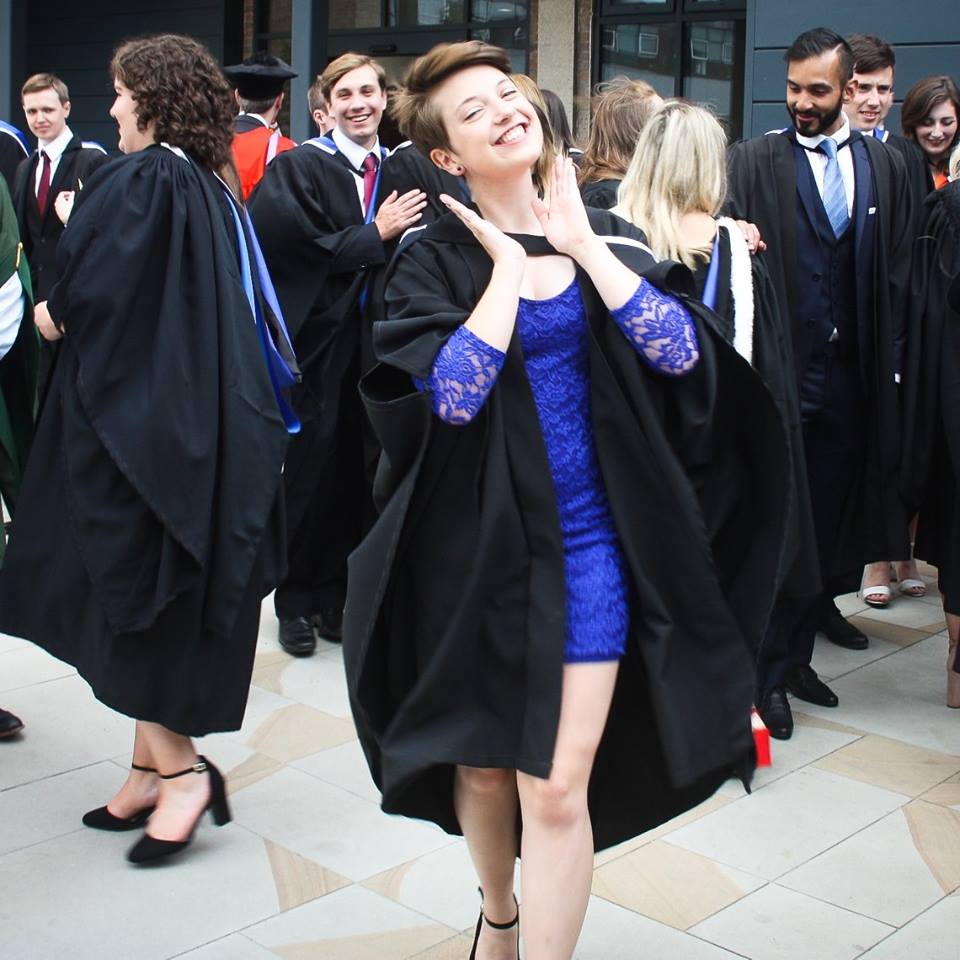 Aminah was born in Saudi Arabia and obtained her BSc degree in chemistry from Imam Abdulrahman bin Faisal University in 2015. In the same year, she joined the ARAMCO Summer B Program and worked as lab scientist in R&D before started a job as a teaching assistant at Imam Abdulrahman bin Faisal University in 2016. After teaching for a number of years she completed an MSc degree in Chemistry at Newcastle University in 2019 and joined the MJH research group to start her PhD in 2020 focusing on synthesis of BODIPY Dyes. In her spare time, Aminah enjoys reading and spending time with her family. 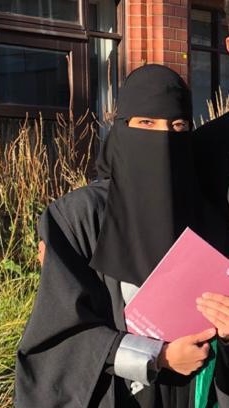